One design trend that is still in vogue is Mid-century Modern. The vision of the future prevalent in the ‘50’s & 60’s continues to be popular as we are well into the 21st century.

The design that took shape after World War II, was influenced by the new technology of the day. Space travel opened new doors when it came to the design aesthetic of the day and the Russians were in the lead when it came to conquering space.

The satellite that was launched on October 4, 1957 was called Sputnik, about the size of a beach ball, the sputnik had telescoping antennas and gave birth to the familiar lighting design we all fell in love with and many offshoots.

The Armstrong by Kichler has a design and name that nods to both the satellite and also the great US astronaut Neil Armstrong, the first man to walk on the moon in 1969. 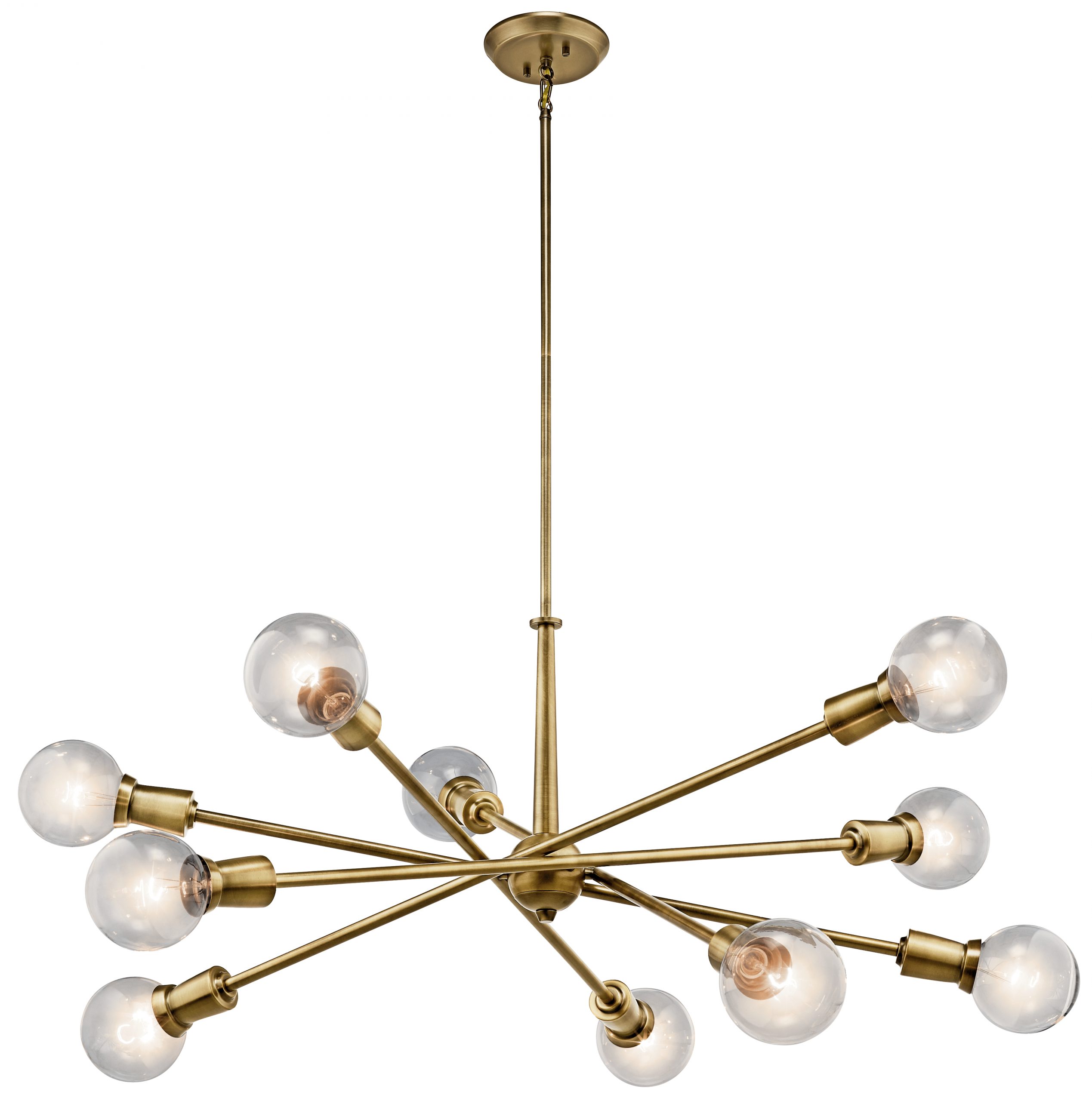 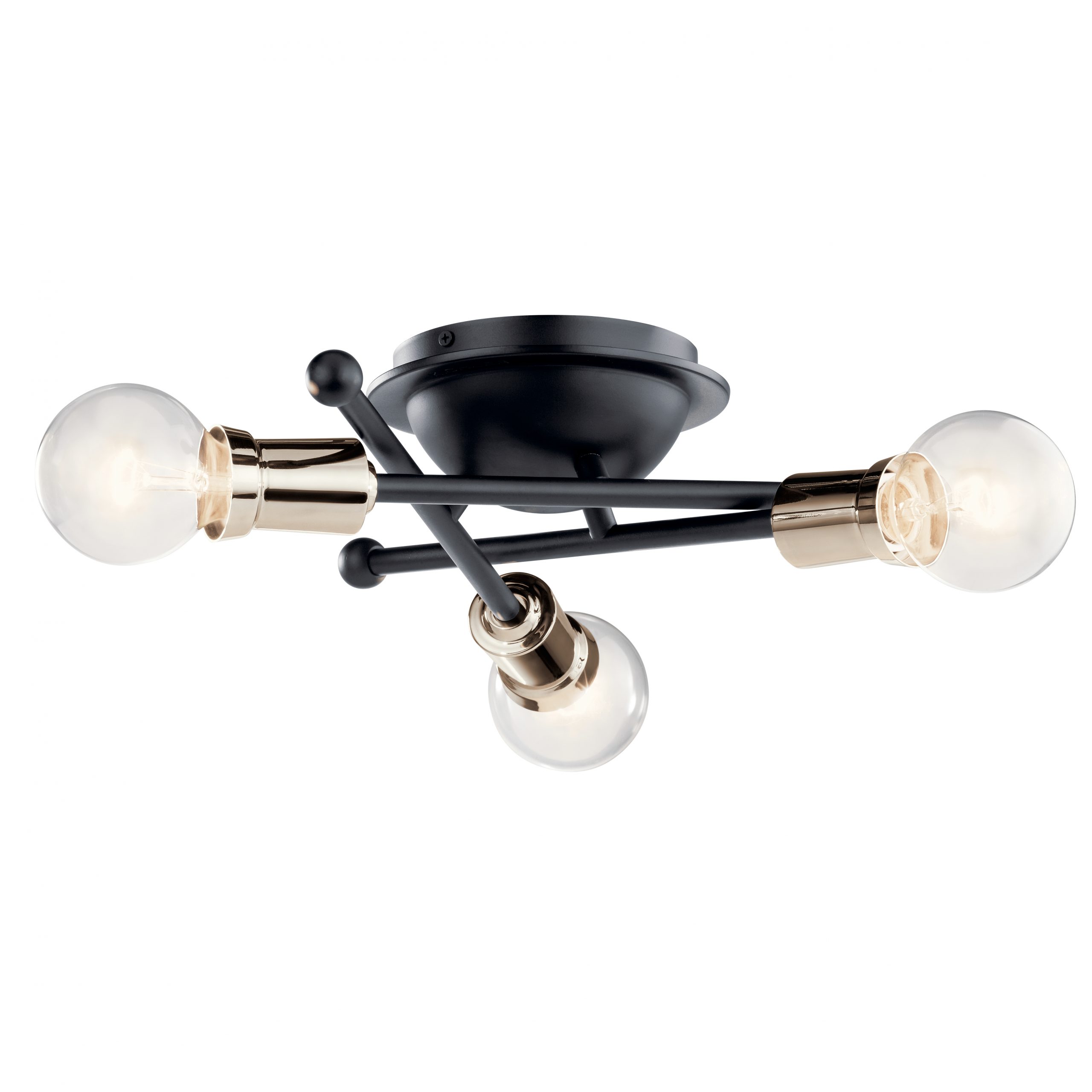 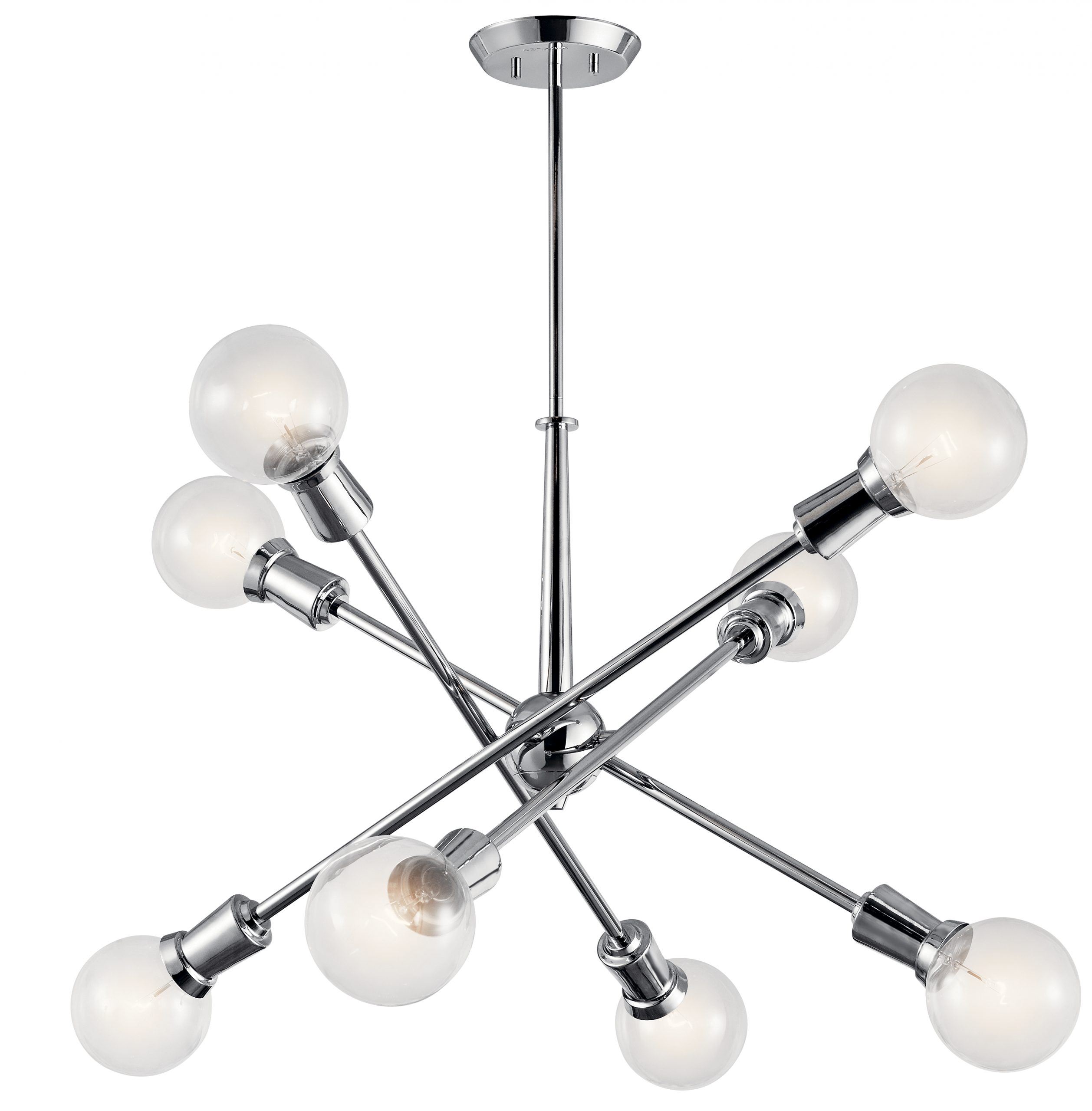 Mid-Century Modern is no nonsense, clean lines with slight curvilinear turns with just a touch of Buck Rogers. But make no mistake thinking that this design trend is only about about sparkling metal finishes and flashy futuristic shapes.

The shape of mid-century styles are very minimalistic in their overall allure with a touch of the abstract.

Satellites orbiting the earth also played a part in touching off design influences that were popular. The Aura recreates that feeling with straight geometric lines that support cloud like spheres that create a style that screams mid-century modern when seen. Whether your design tastes lean towards contemporary or minimalistic  the Aura’s asymmetrical balance provides interest to a variety of interior finishes. 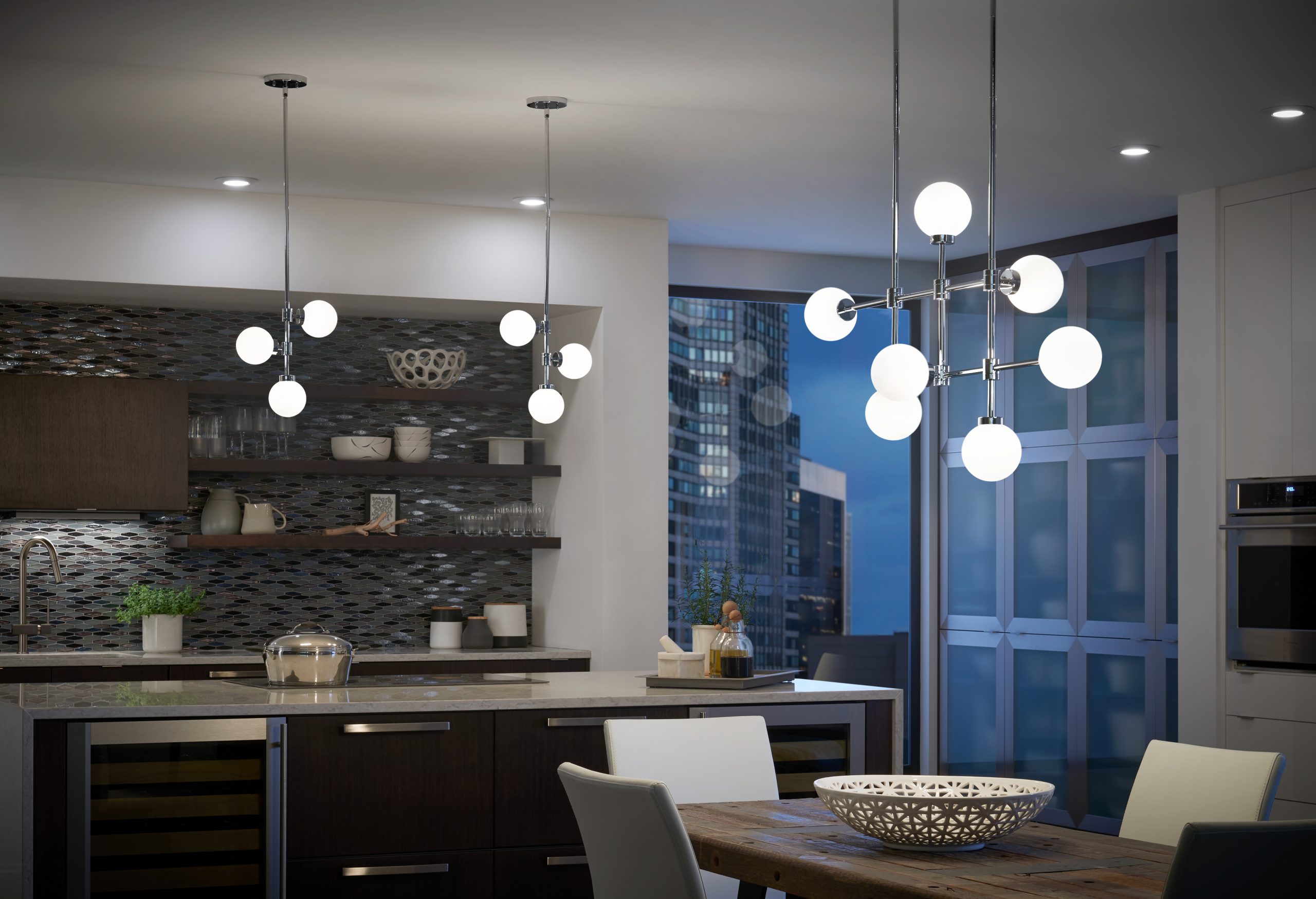 The next trend we see as having legs is the use of reclaimed materials in home and hospitality decor. The Cuyahoga Mills collection is the perfect example of blending rustic with industrial. The reclaimed lumber that is catches the eye is accented with hardware that appears to have come straight out of the factory. Calling the finish “Anvil Iron” is certainly inappropriate. The variations in the metal coloration compliment the rough sawn one of a kind lumber used in each piece in the collection. 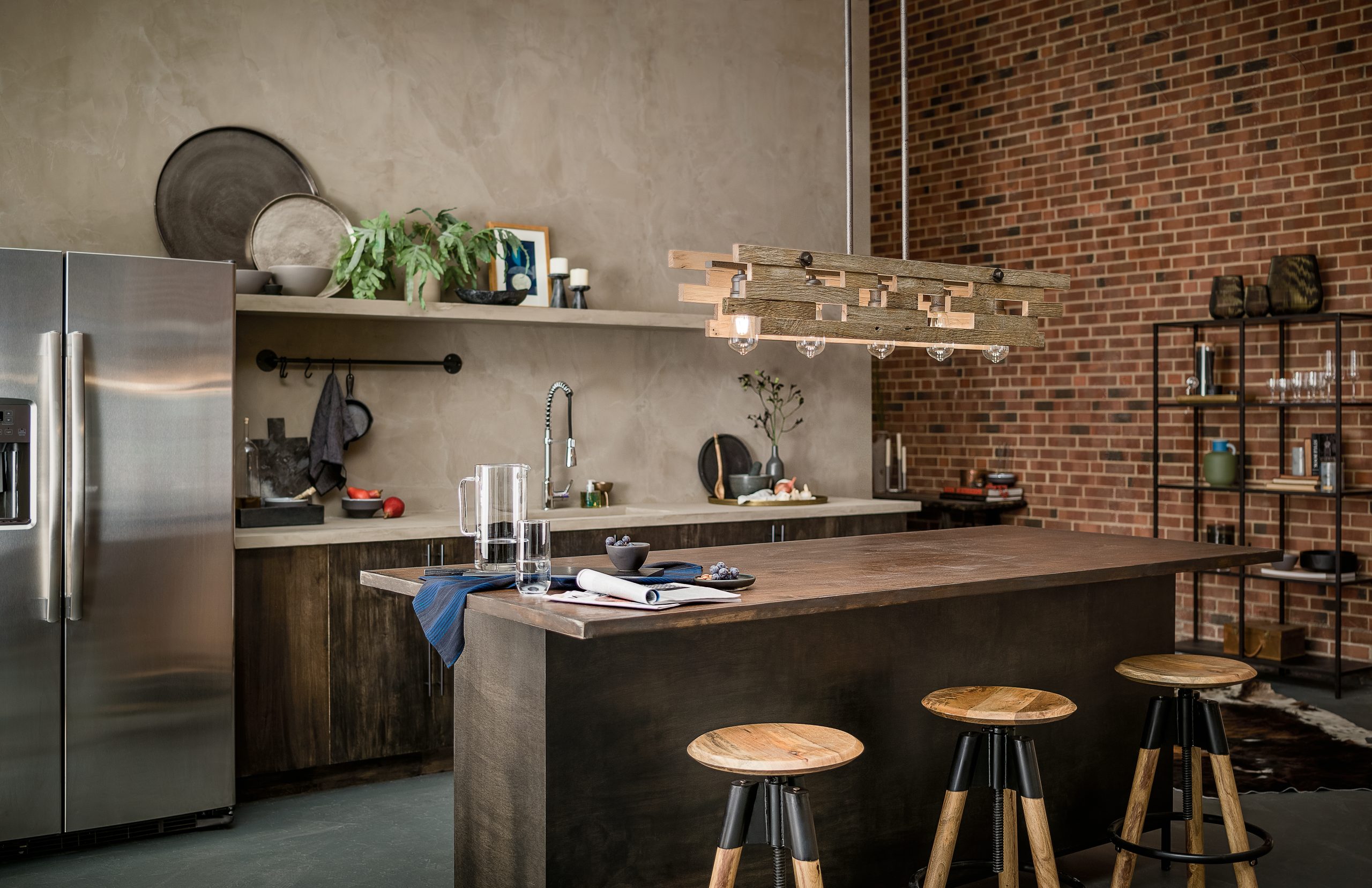 While the Cuyahoga Mills collection appeals to those that live in converted mill lofts or those wanting the factory feel, Aberdeen is a more sophisticated  industrial influenced design. 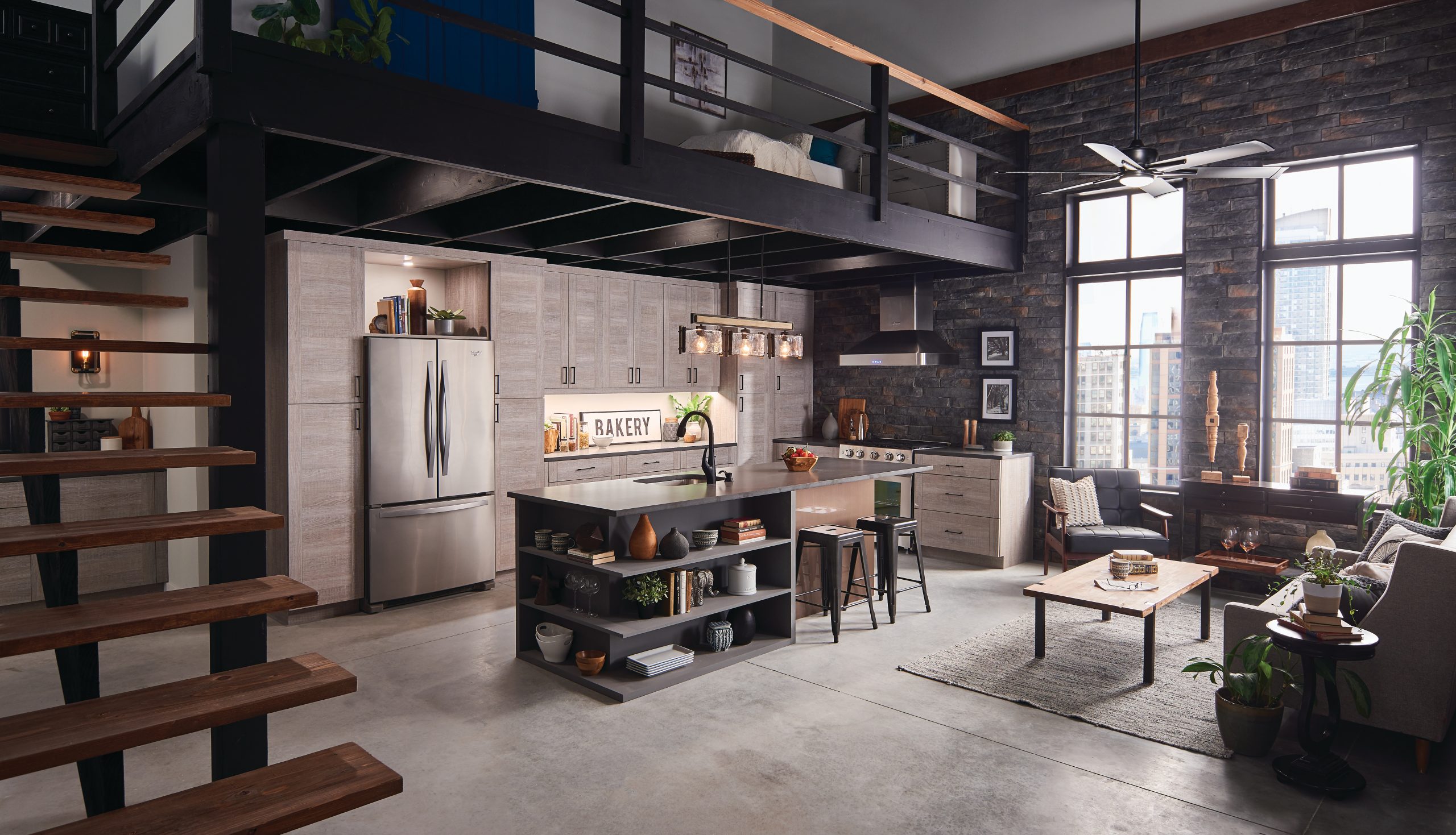 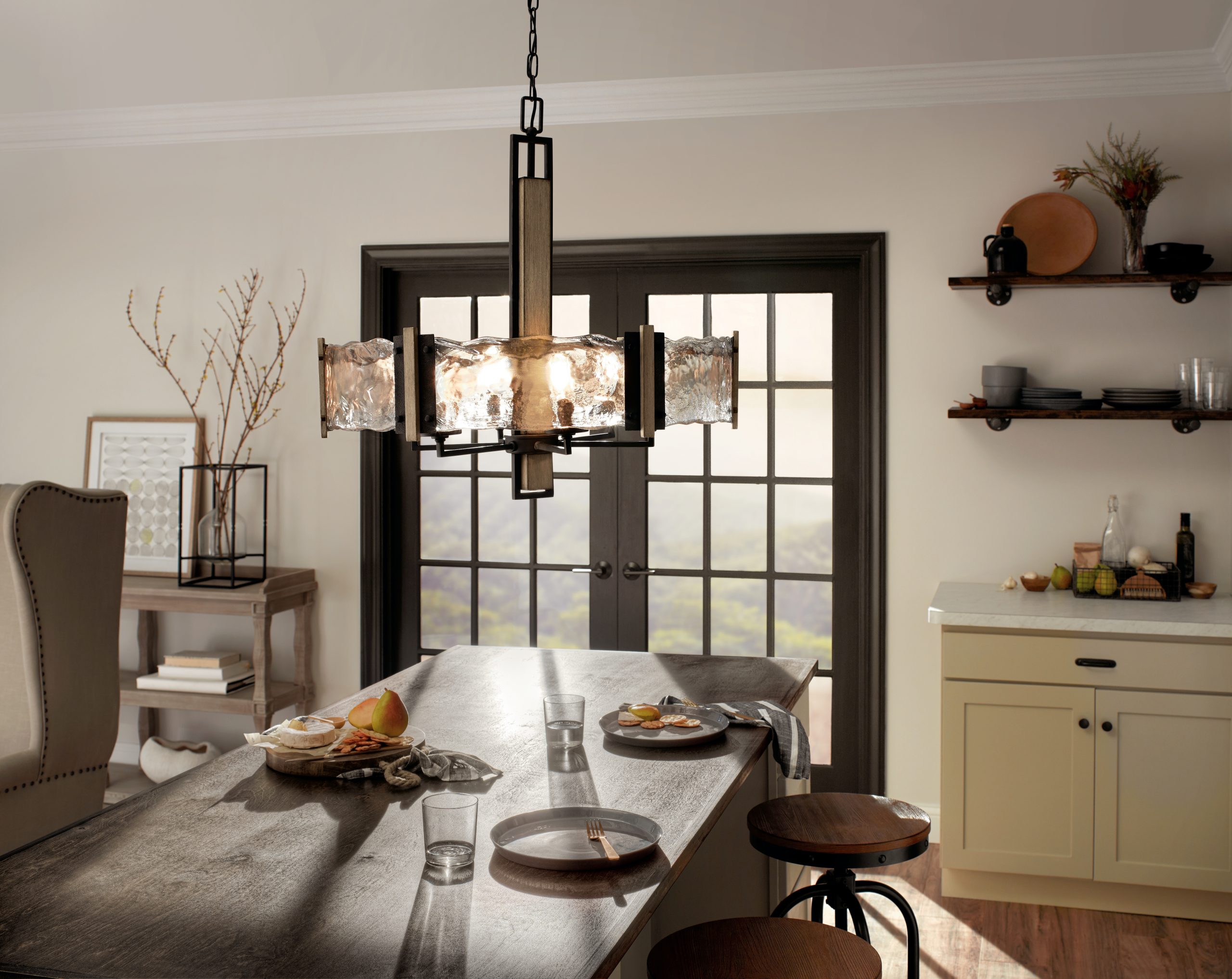 The thick Piastra glass has a similar visual impact that glass bricks had in the 60’s. Blend the stylish glass diffusers with the Olde Bronze finish and this chandelier with it’s coordinating pieces, refine a standard rough industrial feel.

Many people thought that the modern farmhouse trend would be short lived. But thanks to Joanna & Chip Gaines this trend is now a staple. Modern farmhouse takes the best of the 21st century and packages it in simple familiar silhouettes that project warmth.  Finishes that depict iron emphasises the use of natural materials and amplifies country inspired living. 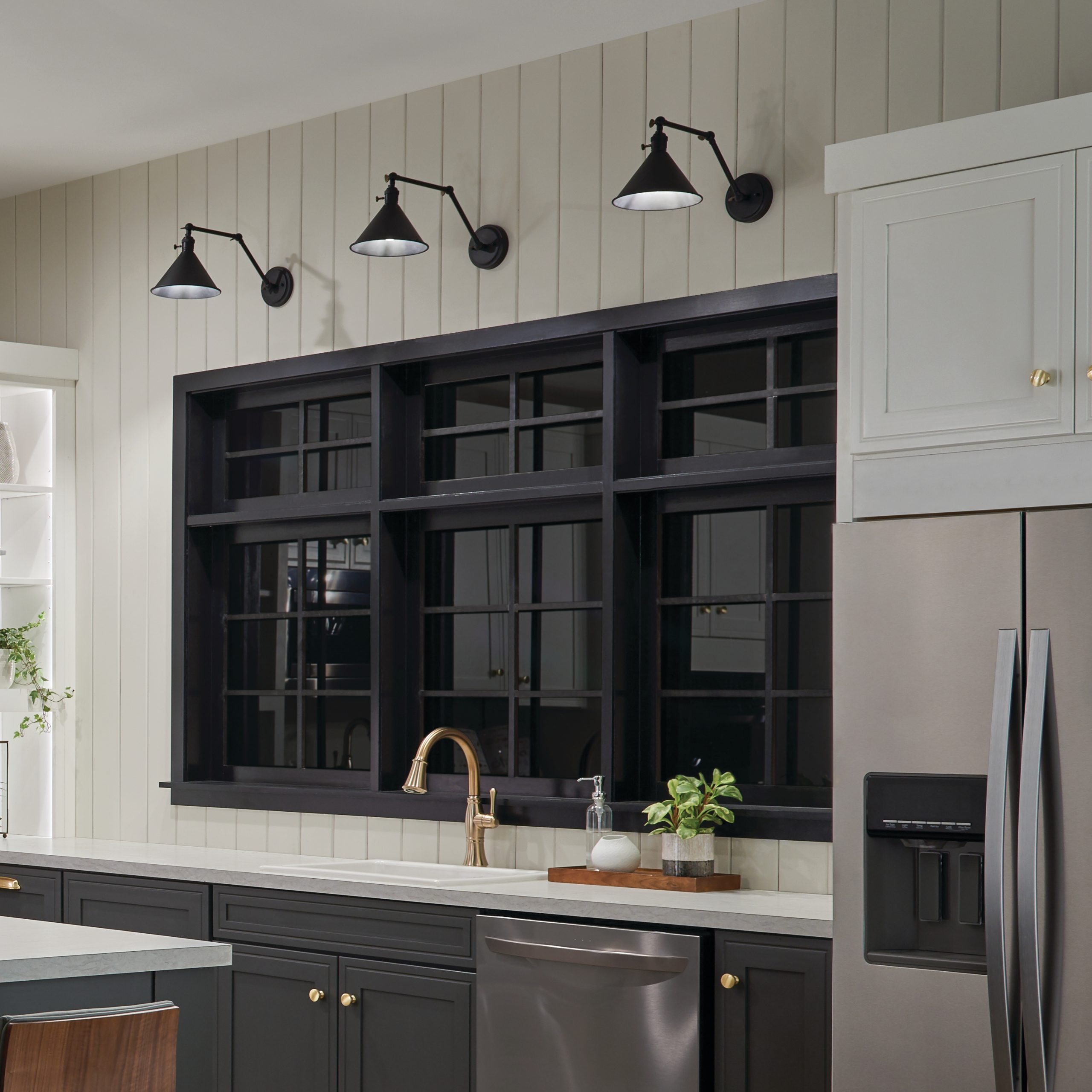 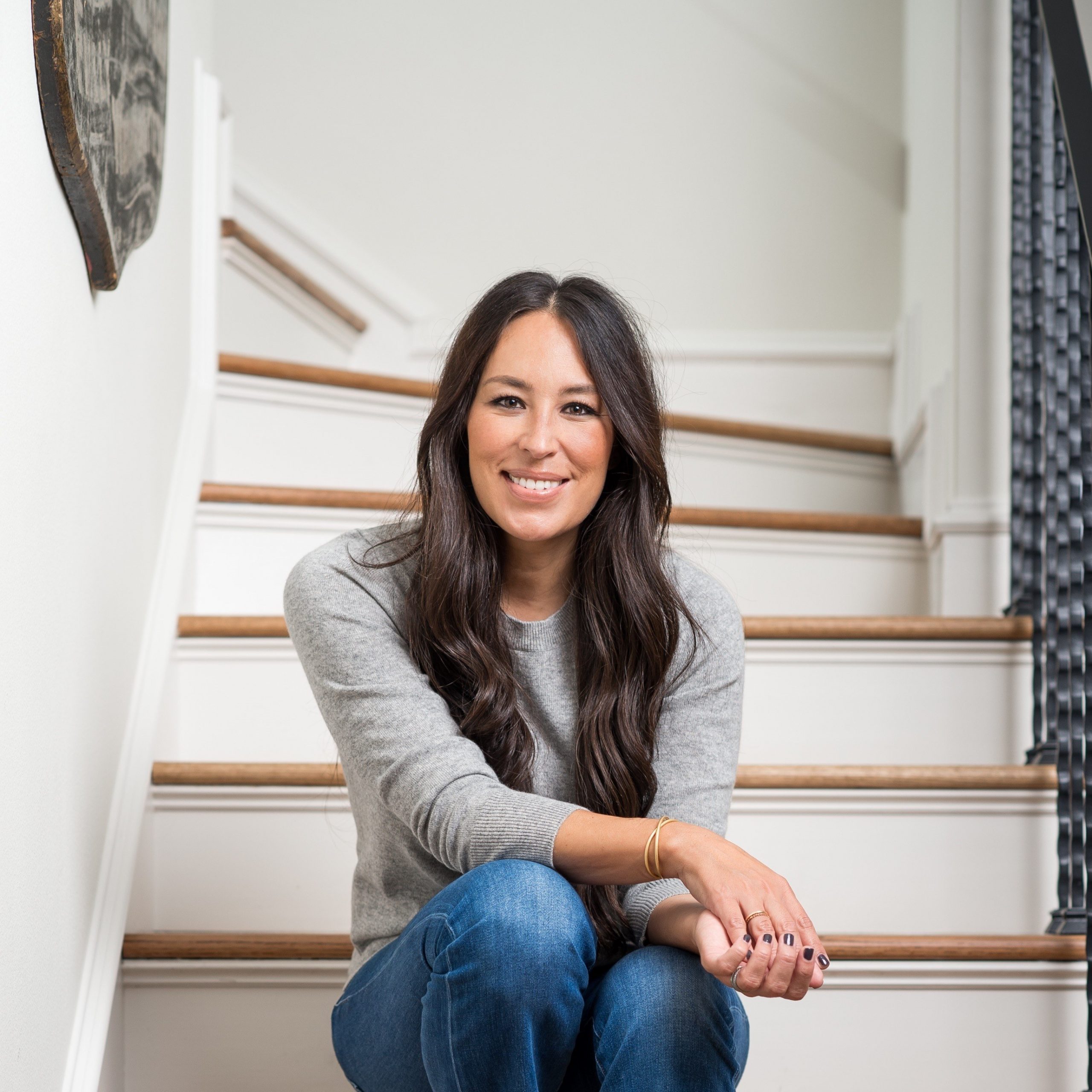 “Good lighting can transform the look and feel of a space, not to mention what it does for its usability,”

No matter your style or influence you want to make, KICHLER has a design style that will complete the look you want, Estrin Zirkman will provide the service you need.